As a criminal defense attorney here in State College, Pennsylvania, Julian Allatt is often asked by friends and clients what they should do if they are stopped on suspicion of DUI. Answering this question requires a basic understanding of the “anatomy” of a DUI stop — how it works, what the police officer is looking for and what your rights are at each stage in the encounter.

This page discusses the third of the three components in my analysis. Click the links above to learn more about the initial roadside stop or roadside testing. 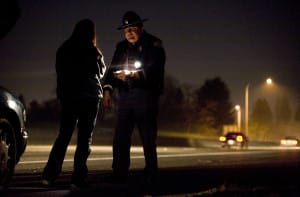 If after pulling a vehicle over a police officer approaches the driver and makes observations that lead the officer to believe the driver is under the influence of alcohol — things like the smell of alcohol, bloodshot eyes, slurred speech, etc. — the officer will typically ask the driver to exit the vehicle to perform roadside tests. As discussed here, at this point the driver is not under arrest, but under investigation for potential DUI.

At this point, the officer may or may not read the driver his or her rights. The warnings we are all familiar with — “you have the right to remain silent …,” referred to generally as one’s Miranda rights (referring to the U.S. Supreme Court case of Miranda v. Arizona, 384 U.S. 436 (1966)) — are not mandatory. It is a common misconception that all arrested people are entitled to these warnings.

Miranda warnings are required only when police interrogate a suspect who is in police custody. In a DUI case, the police may not interrogate the arrested driver at all. They typically do not need to; they have already made observations that led to the initial arrest. Now all they need is the driver’s blood alcohol content to complete their investigation and charge the driver. 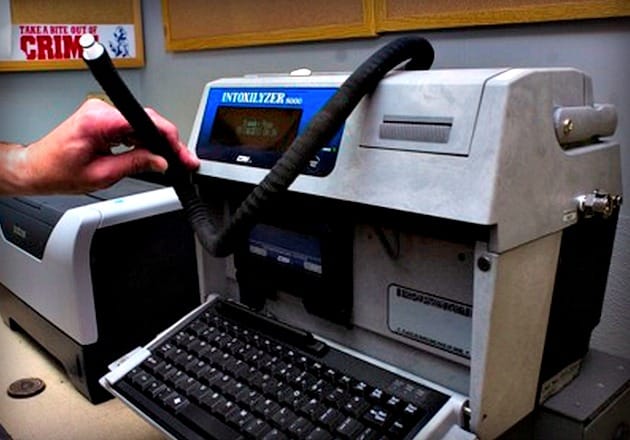 Here in State College, Pennsylvania, drivers arrested on suspicion of DUI are transported to the local hospital where they are asked to submit to a blood test. The test is administered by a duly licensed nurse or phlebotomist who is trained to draw blood for use in criminal prosecutions. In other counties, arrested drivers are transported to facilities equipped with approved Breathalyzer machines.

An arrested driver does not have to consent to a blood or breath test following his or her DUI arrest. However, you do not have a right to refuse testing. This means that your refusal to submit to post-arrest testing does have consequences. In Pennsylvania, refusal to submit to post-arrest chemical testing will result in a driver’s license suspension of at least one year under Pennsylvania’s “implied consent” law.

What Does Implied Consent Mean?

Under Pennsylvania law, all motorists are deemed to have consented to a chemical test if a police officer has reasonable grounds to believe that a person is driving under the influence of alcohol and/or drugs. See 75 Pa.C.S.A. §1547. In other words, your consent to chemical testing is implied by the fact that you were driving. Put another way, by driving here in Pennsylvania, you agree to submit to a chemical test if you are arrested on suspicion of, among other things, DUI. Refusing the test has consequences.

If you refuse to submit to testing — either blood, breath or urine — after you have been arrested on suspicion of DUI, then your license will be suspended. This suspension stems directly from a violation of the implied consent law. It is NOT the same as the suspension you receive if you are convicted of DUI. If you are convicted, you will serve an additional driver’s license suspension for the DUI offense. If you are not convicted, while there will be no additional suspension, you will still have a driver’s license suspension for your refusal to submit to chemical testing.

For your first refusal, your driver’s license will be suspended for one year.

For a second or subsequent refusal, your driver’s license will be suspended for 18 months.

If you have previously been convicted of DUI and refuse testing at the time of a subsequent arrest, your driver’s license will be suspended for 18 months.

A refusal to submit to testing means that your DUI offense will be graded as a “highest tier” offense. In the absence of evidence to prove your blood alcohol content (BAC), the law assumes that you have the highest possible BAC.

What Are O’Connell Warnings?

In addition to warning you that your driver’s license will be suspended for a refusal to submit to chemical testing, police officers are required to provide you with additional information referred to generally as an O’Connell warning, which stems from the case of Com., Dep’t of Transp., Bureau of Traffic Safety v. O’Connell, 555 A.2d 873 (Pa. 1989).

The thrust of the O’Connell warning is this: You do not have a right to an attorney when law enforcement requests that you take a post-arrest chemical test in Pennsylvania. Miranda warnings requiring that subjects of criminal investigations be advised of their right to an attorney prior to questioning are inapplicable to breathalyzer tests. Under O’Connell, law enforcement must advise you that if you refuse to take a Breathalyzer test, your license will be suspended and you do not have the right to consult with an attorney or anyone else prior to deciding whether to take or refuse the test.

What Should I Do?

If you have been arrested on suspicion of DUI and police are requesting that you submit to a chemical test, you have some difficult choices.

First and foremost, you must understand that refusing to take the test will result in a license suspension. While that suspension can be appealed and potentially overturned, don’t count on it. The suspension would be overturned only if the police committed serious procedural errors such as failing to provide the required warnings.

The decision you must make is essentially this: By refusing chemical testing, your license will be suspended for a year or more. By refusing, however, you prevent the commonwealth from obtaining important evidence to be used against you in a DUI case. Can you tolerate a one-year license suspension to deal a strategic blow to the commonwealth in its prosecution of your DUI case? Only you can answer that question.

If you are clear-headed enough to weigh your options at the time you are asked to submit to chemical testing, consider how you performed on the field sobriety tests (if you performed them) or the information you gave to the police in response to questioning (if you gave any at all).

If you made no admissions and provided no information to police, and you either did not perform field sobriety tests or you believe you performed them satisfactorily, by refusing chemical testing you may be able to beat your DUI case outright (though you will still have a license suspension for the refusal). On the other hand, if your performance on the field tests was poor or you were clearly intoxicated to the point that you could not operate a vehicle, you may gain little by refusing the test because other evidence would be sufficient to convict you.

Remember that an experienced DUI lawyer will carefully review the facts and circumstances of your chemical test, including the warnings provided and the types of tests administered. Even if you do submit to testing, there are many ways to challenge the test results. If you or a loved one has been charged with DUI, please contact the State College DUI attorneys at Rehmeyer & Allatt for a free consultation: 814-343-9860.