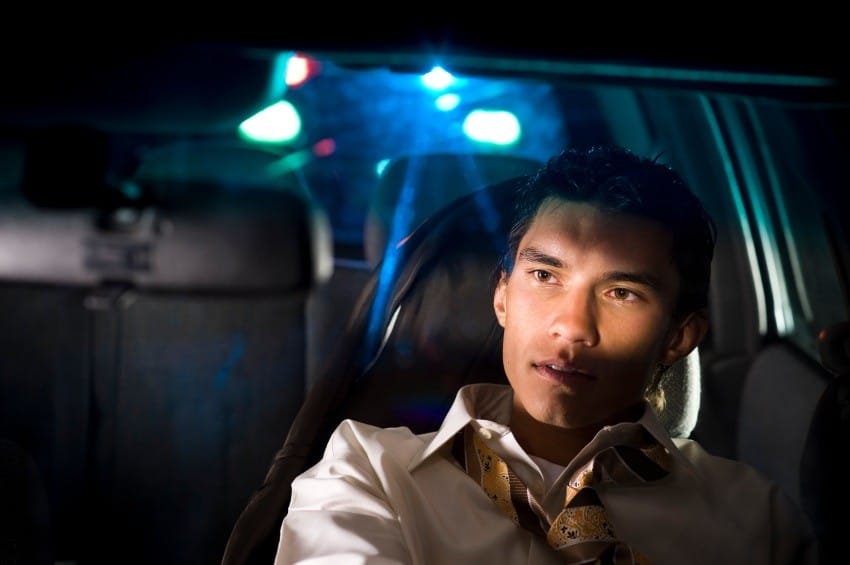 As a criminal defense attorney here in State College, Pennsylvania, Julian Allatt is often asked by friends and clients what they should do if they are stopped for DUI. Answering this question requires a basic understanding of the “anatomy” of a DUI stop — how it works, what the police officer is looking for and what your rights are at every stage in the encounter. First, a brief word on driving under the influence.

Driving under the influence of alcohol or a controlled substance is dangerous. We at Rehmeyer & Allatt encourage you to have fun, but to be safe by not getting behind the wheel after you have been drinking. As a practical matter, however, we recognize that people often drive after they have been drinking, hence the large number of DUIs charged here in Centre County and particularly in State College, Pennsylvania.

The law recognizes this, too. Criminal charges for DUI in Pennsylvania are structured on a three-tier system based on the amount of alcohol in an operator’s blood referred to as blood alcohol content (BAC), with increased penalties for higher BACs and second, third or subsequent offenses. If you have been drinking and are pulled over by police, how can you best protect yourself under Pennsylvania law?

Understanding The Three Parts Of A Traffic Stop

This page discusses the first of the three components. Follow the links above to read more about a DUI stop in Pennsylvania.

When you are pulled over in your vehicle by police, this action constitutes a “seizure” of your person. The term seizure in this context comes directly from the text of the Fourth Amendment to the Constitution, which protects citizens against unreasonable searches and seizures. A seizure occurs when an individual’s liberty is restrained and he or she is not free to leave. A roadside stop is a seizure because the police have temporarily detained you and you are not free to leave until the police officer concludes the encounter.

For a seizure to be reasonable, the police must have some legal basis to stop you. A police officer may stop you based on a reasonable suspicion that a crime or motor vehicle code violation has occurred, which permits a temporary detention until the officer confirms or dispels the suspicion through investigation.

The officer may also stop you based on probable cause to believe a crime or motor vehicle code violation has occurred in the officer’s presence, which permits a lengthier detention or even arrest, depending on the crime. It is not uncommon for the initial basis for the stop to be reasonable suspicion (a lesser standard), which then turns into probable cause (a higher standard) following the officer’s investigation.

In DUI cases, motorists are rarely pulled over for DUI. In the vast majority of cases, the initial basis for the seizure of your vehicle is a motor vehicle code infraction — a moving violation, a broken headlight or taillight, expired registration, etc. When police officers observe a motorist commit a moving violation, they now have probable cause to stop that vehicle for a violation of the vehicle code. This violation is rarely related directly to DUI although, as a practical matter, the officer may just be using the violation as a legal basis to stop your vehicle to investigate for DUI.

The first thing you can do to protect yourself from a DUI is to ensure that your vehicle is inspected, registered and in good working order. Expired tags, broken taillights, tinted windows, obstructions in front of your license plate or hanging from your rearview mirror, etc., all increase the likelihood that you will be pulled over.

The second thing you can do is be careful on the road. Wear your seatbelt. Drive no more than 5 mph over the speed limit. Be careful with your high beams. Use your turn signals well in advance of turns. Come to a complete stop at stop signs and flashing red lights. Proceed with caution at flashing yellow. Don’t tailgate. Try to be a perfect driver.

Nevertheless, even if you strictly follow these guidelines and the rules of the road, police on patrol for DUI drivers will try to find any way possible to pull you over. Once you are pulled over, the real investigation begins.

Do You Appear To Be Drunk?

When police have you lawfully pulled over at the roadside following a traffic infraction, particularly if the stop is in the evening, on the weekends or at night when people typically are drinking, your failure to “properly use a turn signal” is the least of their concerns. When the officer approaches your vehicle, he or she is immediately looking for telltale signs of alcohol or controlled substance use. If the officer makes these observations, this transforms the stop from a simple traffic ticket to a DUI investigation. The telltale signs the officer is looking for are typically:

Remember, the officer is observing you at all times during the roadside encounter while you are seated in your vehicle. Pull over in a safe area as soon as is practicable after you see flashing lights in your rearview mirror. Turn your dome light on immediately after you are pulled over.

Do not scramble to hide items under the seats or in your glove compartment (they should already be hidden before you start driving). If you are going to drive after you have been drinking, make sure before you start driving that you know exactly where your insurance and registration information is located and that you can quickly, easily and efficiently access it.

What NOT To Say

If the police officer asks you if you have been drinking, do not under any circumstances say “yes” or “a little” or “just a few” or “earlier today” or “just a glass of wine at dinner” or something to that effect. Your answer to this question can and will be used against you. You are not under arrest when this question is asked. Accordingly, the police do not have to “read you your rights” to use this answer against you.

I often use the following example: If a police officer asked, “Do you have any cocaine on you?” would you say, “A little”? Admitting that you have been drinking is the best evidence an officer can use against you to get you out of the car and conduct a DUI investigation (more on that here). If a police officer asks you whether you have been drinking, JUST SAY “NO.” Do not be rude, do not be angry. Be polite and unequivocal. Just say no.

Your goal in this encounter is to be polite and compliant with the officer’s requests and get through the process as quickly and efficiently as possible. Hopefully all that happens is you are issued a ticket. Keep breath mints in the car. Make sure that your vehicle is free of any contraband. Do not keep any alcohol in the passenger compartment while driving. If you are transporting alcohol, make sure it is in the trunk of your vehicle. Similarly, do not smoke marijuana in the car or anything that would make the car smell suspiciously like marijuana or any other controlled substance.

If you do not give the officer any information upon which he or she could form a reasonable suspicion that you were intoxicated, and the officer does not make any observations that would support his or her conclusion that you were impaired, by law the roadside encounter cannot be extended any longer than is reasonably necessary to issue you a ticket for the moving infraction that formed the basis for the initial stop.

What Happens If The Officer Believes You Are Impaired

If the officer does form a basis to believe that you are impaired, he or she is permitted to extend the stop. There is now reasonable suspicion to believe that the crime of DUI is being committed. By law, the officer can detain you for purposes of conducting a DUI investigation.

If the police want to conduct a DUI investigation, the first step will be to ask you to exit the vehicle for roadside testing. In Pennsylvania, you must comply with this request. At this stage, you have several options that you need to understand. You can read about them here.

In DUI cases, State College criminal defense attorney Julian Allatt of Rehmeyer & Allatt will analyze the circumstances surrounding the initial stop of your vehicle. An experienced DUI lawyer will use this information as the first line of attack in your DUI case. If the police did not have a lawful basis to pull you over initially or if the observations they made during the initial roadside encounter did not give rise to reasonable suspicion to detain you and conduct a DUI investigation, that alone can be the basis for dismissal of your case.

If you or a loved one has been charged with DUI, please contact the State College DUI attorney at Rehmeyer & Allatt for a free consultation. Call 814-343-9860 or email us right now.