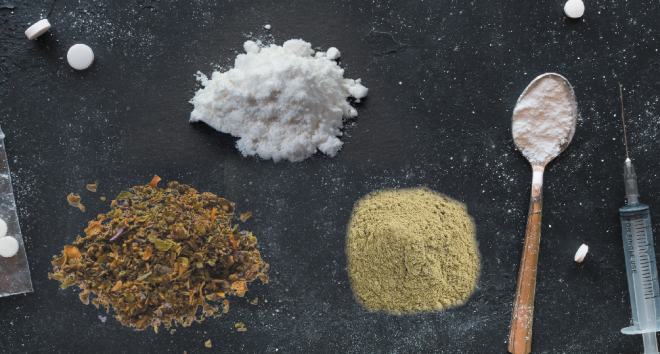 Designer and synthetic drugs remain tremendously popular in many regions of Pennsylvania. The drugs are attractive to users because they offer extreme highs at a lower price. Additionally, some of these synthetic drugs do not register on traditional drug tests. That fact coupled with the drugs’ accessibility leads some to believe that synthetic drugs are a legal alternative; however, Pennsylvania legislators have ensured that state drug laws apply equally to synthetic drugs as the real thing.

What are Designer Drugs?

Designer drugs are defined by Pennsylvania law as:

Designer drugs are designed to mimic explicitly prohibited substances, but are comprised of slightly different compounds. Once legislators catch on to the make-up of a certain designer drug and pass new statutes to make the substance illegal, manufacturers will alter the makeup in order to circumvent the law. With the chemical composition of the substances constantly evolving, lawmakers had tremendous difficulty staying ahead of the curve.

In the past, Pennsylvania legislators were forced to add each variation of a chemical compound to the list of controlled substances in order to make the drug illegal. With new variations being distributed constantly, many manufacturers and distributors of dangerous drugs were unable to be charged with a crime due to a slight alteration in the substance’s makeup.

In 2013, a “blanket law” was passed which made all types of synthetic drugs illegal. The catch-all category of “designer drug” was added to the list of controlled substances with the above-stated definition in attempt to regulate and assign criminal liability to those who manufacture, distribute, or possess such substances.

In order to make the term applicable to new and ever-evolving compounds, the definition was purposefully vague. That vagueness, however, drew tremendous criticism. As more people were arrested for manufacturing and distributing products that were previously thought of to be safe and legal alternatives, the more legal challenges the statute faced.

The statute was substantially narrowed in 2017 after the Supreme Court’s decision in Commonwealth v. Herman 161 A.3d 194 (Pa. 2017). The Court emphasized the mens rea element of the crime; meaning that the defendant must have knowingly and intelligently possessed the designer drug.

Simple possession of a small amount of a designer or synthetic drug is a misdemeanor in Pennsylvania. Possession can carry a maximum charge of one-year incarceration for first-time offenders and three-years for subsequent charges. Pennsylvania only imposes a mandatory minimum sentence for repeat offenders; first offense simple possession is likely only to be punished by probation and fines.

The purchasing of designer or synthetic drugs carries a three-year maximum incarceration sentence. Again, first-time offenders are likely to face only probation and fines. Sentences of incarceration are generally reserved for individuals who are considered “repeat offenders”.

The trafficking of synthetic drugs is regarded by the courts to be a far more serious offense. Even if you are a first-time offender, incarceration is likely. Repeat offenders face lengthier sentences. The circumstances of the case can additionally determine how long the incarceration period may be. For example, the Commonwealth imposes a one-year minimum sentence to anyone found guilty of trafficking a controlled substance to a minor.

If you or a loved one has been charged with a drug crime, it is important to contact an experienced and dedicated attorney right away. Attorney Julian Allatt has vast experience defending private and indigent clients charged with an array of drug crimes in the Central Pennsylvania region. Fill out a contact form or call the law offices of Rehmeyer & Allatt for a free consultation.