It is no secret that heroin, fentanyl, and other synthetic opioids have greatly impacted our nation’s public health. In both 2016 and 2017, opioid overdoses nearly single-handedly reduced the average American life expectancy. The proliferation of heroin and other, stronger synthetic opioids led to a 21% jump in the national overdose death rate between 2015 and 2016. 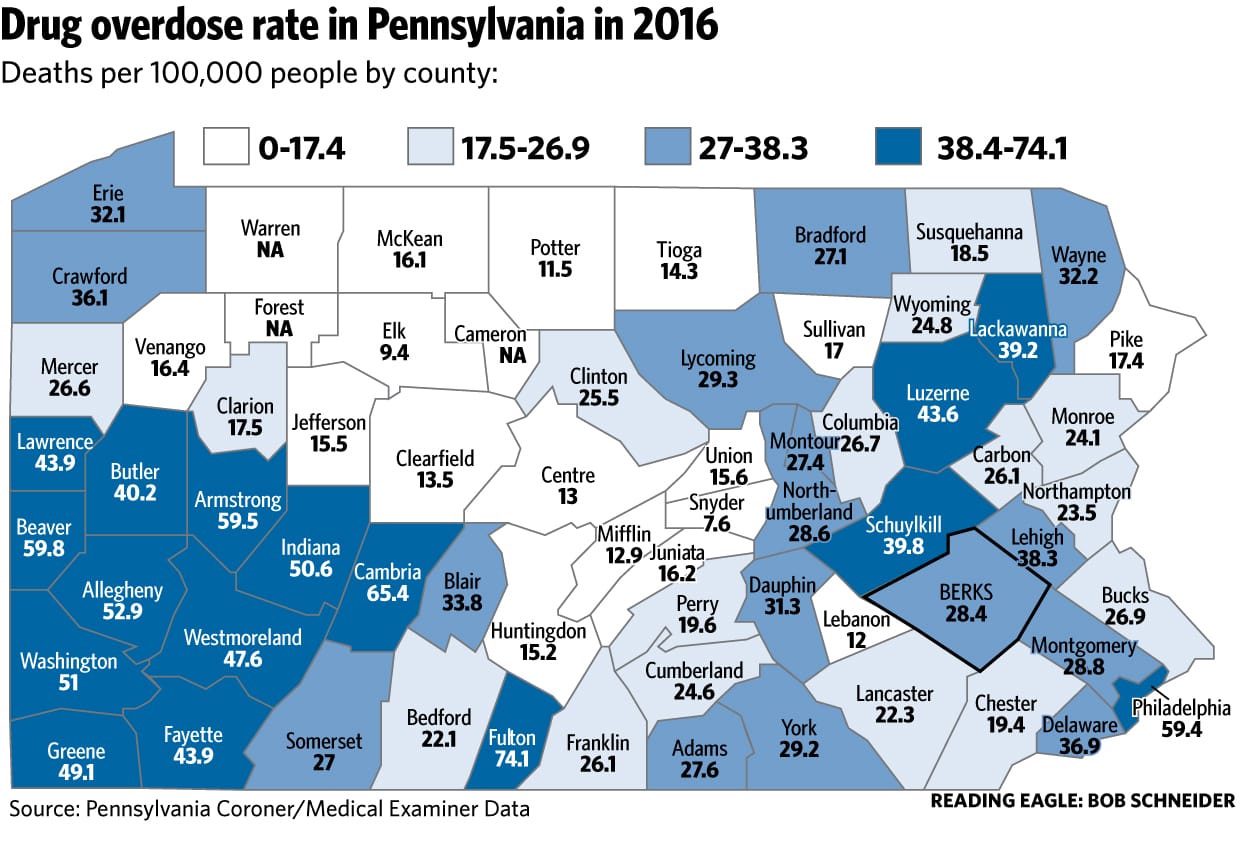 If the opioid epidemic were a tsunami, Pennsylvania would be at the crest of the wave. In 2013 alone, providers in Pennsylvania wrote 11.3 million prescriptions for opioids. In 2016, Pennsylvania ranked among the top 5 states for death due to drug overdose- falling only slightly behind West Virginia, New Hampshire, and Ohio. These staggering figures led Governor Wolf to declare the heroin and opioid epidemic a disaster emergency in January of 2018.

As a whole, American society is at a loss for how to deal with the opioid epidemic. While some hold fast to the law-and-order model of criminalizing drug possession and distribution, others believe in a rehabilitative solution with treatment options readily available inside and outside of the criminal justice system. The hard reality is that both methods are costly and the majority of states are quickly running out of resources.

In April of 2018, Pennsylvania experienced some relief due to a $26.5 million federal aid package aimed to combat the epidemic specifically in rural areas. Much needed assistance may also come through national legislation colloquially called SUPPORT.

In June, a package of 58 previously individually passed bills called Substance Use-Disorder Prevention that Promotes Opioid Recovery and Treatment, or SUPPORT, passed through the House of Representatives with overwhelming bipartisan approval (396-14). Among the 58 bills are provisions that promise to:

SUPPORT still has a few more hurdles on its path to implementation: there must be a reconciled version of the legislation passed through the House and one passed through Senate, and that reconciled piece of legislation must be approved by the President. Given the little resistance that SUPPORT has faced, the bills are slated to go into effect in late 2019.