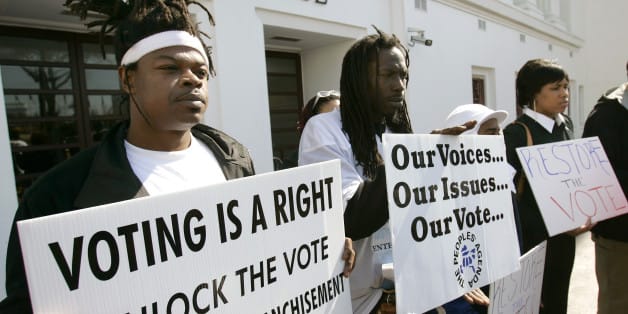 In 2016, then-Governor of Virginia, Terry McAuliffe moved to restore the voting rights of convicted felons. Though this legislation was a triumph, it also served as a painful reminder that Virginia had been depriving a large portion of its free residents from their democratic right for decades.

Many people assume that individuals convicted of a felony lose their voting rights indefinitely. In fact, the vast minority of the country has policies in place which permanently deprive conviction felons of their right to vote. Because of this assumption, it is worth discussing the instances in which an individual can and cannot vote in the state of Pennsylvania.

Voting rights are denied to individuals who:

Voting rights are automatically restored for convicted felons upon their release from prison. Ex-offenders will need to re-register to vote. Individuals placed on parole or probation are permitted to vote.

Voting must be done by absentee ballot by individuals who:

Individuals on parole or probation living in a halfway house or community corrections center may not register with the address of the facility. Instead, a previous or future address must be provided on the voting registration.

More resources on voting rights can be found here:

At Rehmeyer & Allatt, we believe in protecting your rights before and after conviction. If you or a loved one has been charged with or convicted of a crime, please contact our criminal defense team for a free consultation.

Interested in learning more about your rights as an ex-offender? Read our blog on jury service after a felony conviction.