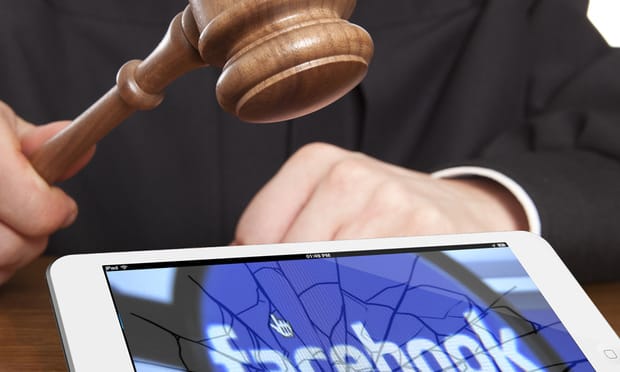 For many, the answer would be no. Just by looking at a stranger’s Facebook, Instagram, and Twitter posts from over the years, I may be able to learn that the stranger has a dog, traveled to Mexico, graduated from college, and attended a few weddings and parties. However true those facts may be, the picture is most likely incomplete. Social media accounts do not frequently represent the parts of life that are not so celebratory and fun- health scares, deaths in the family, depression, worry.

You may assume that this misrepresentation is nothing to worry about. After all, social media is mostly just used to tell jokes, vent about politics, and brag about vacations to relatives and college roommates, right?

Let’s look at the above scenario again- but this time I’m not just a stranger, I’m a juror. Your social media posts are not just for fun, they are being used to show me what kind of person you are. Along with eleven other strangers, we will use those social media posts to make a decision that may affect the rest of your life.

If you think this scenario seems unlikely, think again. Information extracted from personal social media accounts is regularly used as evidence in criminal and civil trials. Let’s dive into how your posts, pictures, tweets, statuses, and likes can be used against you and why it is important to restrict what you share online.

A study by LexisNexis concluded that 86% of law enforcement agencies use social media postings for investigations more than 2-3 times per month, and those numbers are only expected to increase in the future.

Many people are fooled by privacy settings which can give you an artificial sense of security. That false sense of security leads to extremely candid Facebook statuses, Instagram posts, and tweets. Under the assumption that only the user’s friends and followers can see the information shared on social media, many openly brag about their crimes. Others make insensitive, incriminating jokes.

Even if you are extremely careful about what you post, you can be incriminated by the online actions of others. You may find yourself in trouble with the law if a friend mentions you in a status, picture, or tweet about illegal activity. A post does not need to explicitly mention a crime to be incriminating- suppose you post a “check-in” or you are tagged by a friend in a location where a crime was committed. This eliminates your opportunity to supply an alibi.

It is foolish to assume that you are safe from legal repercussions after deleting damning posts from your social media. Take, for instance, 50 Cent’s insensitive tweet, “i dont want no special ed kids on my time line follow some body else”; although that tweet was deleted in 2012, you can still easily find screenshots online. Your posts are no different. Screenshots circulate- law enforcement and juries may think that deleting a post makes you seem guiltier.

It is not just what you do post and remove from your social media accounts that can get you in trouble, what you neglect to post can also be held against you.

In 2004, a 19-year-old woman was sentenced to one year in prison after losing control over her car while driving drunk, killing her friend in the back seat. In 2009, she was brought back into court after violating the terms of her probation. During the hearing, Facebook pictures of the woman out with her friends and attending a Yankees game were shown. Based on those pictures, the judge concluded that she showed no remorse and sentenced her to an additional three years in prison.

Does that woman’s guilt leave her sleepless most nights? Is she haunted by the loss of her friend? We may never know because social media users do not frequently post about grief, anxiety, sadness, or regret. It is easy to assume that a person’s life is full of bliss when their social media accounts exclusively represent the positivity in their lives.

The façade of happiness painted by social media can be an issue in civil trials as well. Danny Cuenta, a high school Spanish teacher, pleaded guilty to endangering the welfare of a child and the repeated rape of several of his students. One of the victims sued Danny Cuenta, the school district, and school officials in a civil trial for, among other issues, “emotional distress” and “loss of enjoyment of life”. During the civil trial, Facebook pictures emerged of the victim rock climbing, smiling with her boyfriend, and partying with her friends. The court issued an order for the victim to supply all of her Facebook pictures.

The problem with this case exemplifies the issue with the use of social media in all civil trials. Does attempting to live one’s life after a traumatic event or serious injury mean that there was no damage? We can assume that many victims of rape lose sleep, suffer from relationship issues, and experience serious emotional distress. Would you be able to tell that a rape victim has gone through a life-altering ordeal just by looking at his or her social media pages?

The façade of happiness is particularly prevalent in personal injury cases. Say that you, through no fault of your own, slipped and fell in a grocery store and broke a few bones. Those broken bones required physical therapy and rendered you unable to work for two months. In addition, your injury was extremely painful and caused you to miss an important family event. Those are all valid personal injury lawsuit claims.

Let’s imagine that, during your two months away from work, you began to feel better because of your medication and physical therapy. Tired of being cooped up in your home, you may decide to go to a bar with friends or to see a play with your family. You or someone you are with posts a smiling picture of you at the club or the theater. The jury may see this and decide that you were not really severely hurt; therefore, you will not be awarded any compensation.

Personal injury claims can also be negatively impacted by social media posts about medical treatment or medical diagnoses, phone calls or conversations with attorneys, older comments about health problems or injuries, frustrations with the party at fault or the insurance company, and posts about or by other individuals involved. Out of context, even a seemingly unrelated social media post may be used against you.

Although there are instances where social media posts are not permitted to be included as evidence, it is a widely accepted practice in the courtroom. The use of social media is increasing in popularity and credibility. Facebook, Instagram, and Twitter posts tend to be accepted by law enforcement agencies and juries as fully transparent, complete truths- like a page from an online diary.

In theory, the logic behind this contention is flawed. A diary is kept for one’s own sake; because the person who keeps the diary assumes the contents to be private, the sentiments written within are raw and truthful. Social media accounts are meant for a public audience and most users treat it as such. Though the difference between diaries and social media pages may be apparent, the contrast is not often considered in the courtroom.

If you are involved in an accident and are injured or if you are the subject of a criminal investigation, it is best to suspend all of your social media accounts. If you are unwilling to do so, limit the number of friends and followers that you have. Delete or block anyone that you do not know well and do not accept new friend or follow requests.

Do not post anything about your legal matter whether that may be your injurious incident or the crime that you are suspected of committing. Delete any past posts related to the topic or any posts that may compromise your credibility. Ask your friends and family not to post anything on the subject, and to delete anything questionable that they may have posted in the past.

If you are involved in a criminal or personal injury case, be honest with your attorney. Make sure to tell him or her about compromising posts on your social media pages. It is best that your lawyer is prepared in the event that you are confronted with the screenshots.

If you or a loved one is involved in a personal injury or criminal matter, contact one of our attorneys at Rehmeyer & Allatt for a free consultation. Navigating criminal and civil matters can be extremely difficult, you do not have to do it alone.