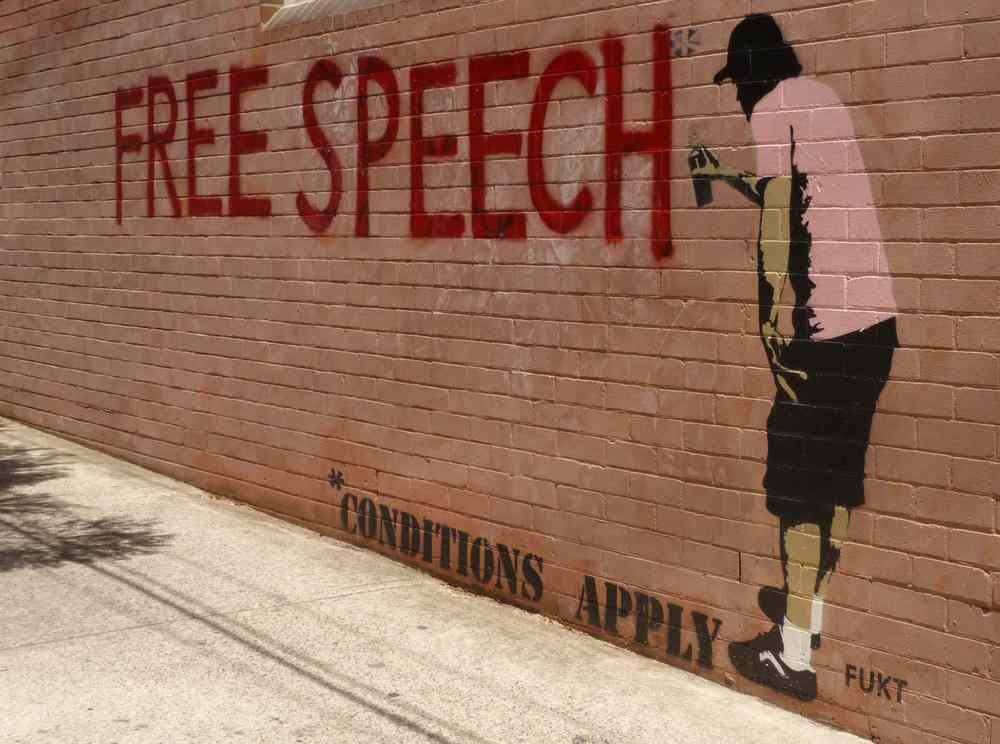 Welcome to the November edition of our Know Your Rights series. Often times during the holiday season, we find ourselves bickering about politics around the dinner table. Occasionally, you may feel silenced by louder, opinionated relatives. We thought this would be the perfect time to remind you about your constitutional right to free speech. The courts may not be able to protect your right within your family home; however, much work has been and is being done to protect your right to free speech.

Please be aware that, due to the nature of the material, this article contains profane and offensive language. 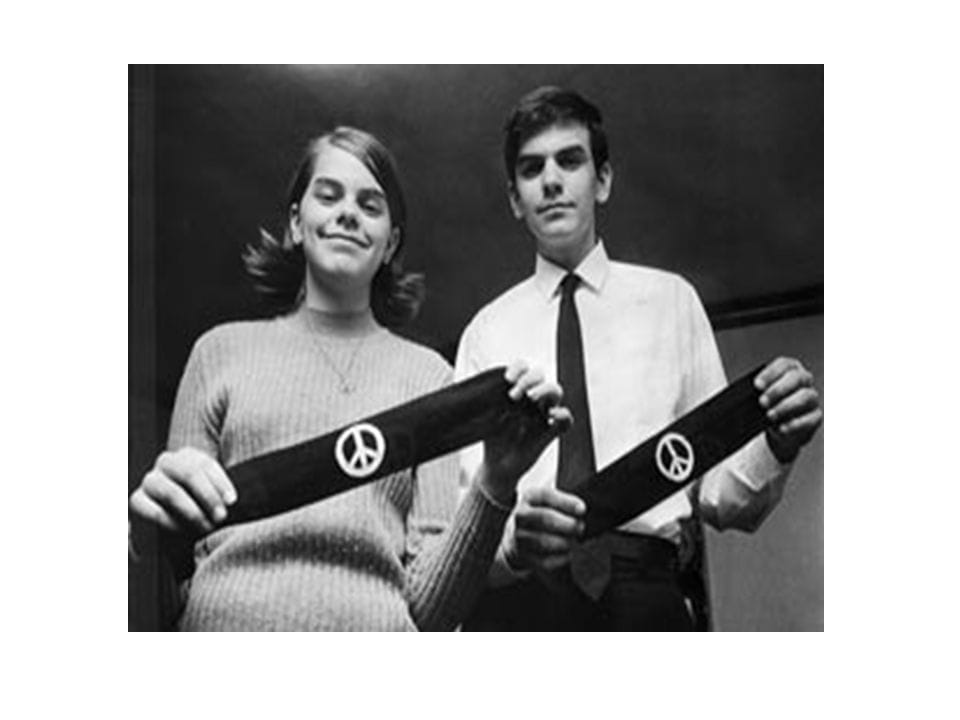 The First Amendment of the Constitution reads, “Congress shall make no law… abridging freedom of speech”. Though seemingly straightforward, there are certain caveats to the type of speech that is protected.

According to the courts, the First Amendment protects your right:

The First Amendment does not protect your right:

There are three specific types of speech that are not protected by the First Amendment: obscenity, child pornography, and fighting words.

Obscenity is not necessarily pornography. Most pornography is protected by the First Amendment. The Court has ruled that a state may pass legislation that limits obscene speech to protect “the social interest in order and morality”. Obscenity is evaluated by the contemporary community standard; therefore, the definition changes from region to region. For example, one community may find completely nude gentlemen’s clubs to be obscene and pass legislation to ban those establishments. Other communities may not find this obscene, and may allow those businesses in their locality.

The third type of unprotected speech, fighting words or true threats, “by their very utterance inflict injury or incite an immediate breach of the peace”. In order to be considered a true threat, the words must “create a clear and present danger”. Speech that contains a threat may not be considered a true threat if it is improperly contextualized. For example, speech that threatens the president must be sincere, not a “political hyperbole”.

The fighting words exemption was first defined by the decision in Chaplinsky v. State of New Hampshire (1942), when the Court upheld the constitutionality of a statute that prohibited calling another person an offensive name in a public place (which was, in this case, “damned Fascist”). Recent precedent has shown that the fighting words exemption does not hold much weight in modern American society.

Because speech that is “vulgar or offensive… is protected by the First and Fourteenth Amendments”, remarks that most would consider to be fighting words are forms of protected speech. Let’s take Gooding v. Wilson (1972) for example; in Georgia, a man named Gooding told a police officer, “You son of a bitch, if you ever put your hands on me again, I’ll cut you all to pieces”.  The Court decided that this speech was protected under the First and Fourteenth Amendments. Likewise the following year, in Hess v. Indiana (1973), the Court held that the phrase “we’ll take the fucking street later” was a form of protected speech. 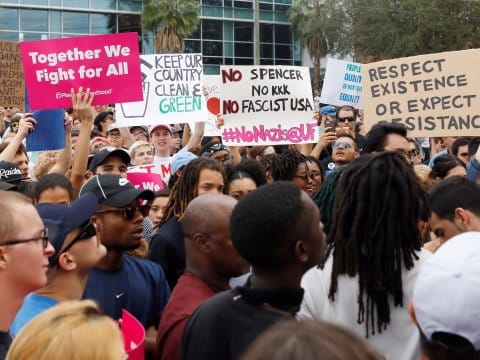 In Bradenburg v. Ohio (1969), Bradenburg, a Klan leader, made a violent and hateful speech at a rally. Bradenburg was arrested for violating an Ohio law that prohibited public speech which advocates illegal activity. The Supreme Court ruled that the law was too broad, effectively protecting hateful and potentially violent speech under the First and Fourteenth Amendments.

This ruling is particularly relevant now. In August 2017, Penn State University refused to allow “alt-right” leader, Richard Spencer, to speak on campus. Spencer was deemed to be too great of a risk for campus security because of his involvement in white supremacist think tank National Policy Institute. When asked about the issue, Penn State President Barron said, “But the First Amendment does not require our university to risk imminent violence”. In October 2017, the organizer of the event filed a civil lawsuit against Penn State.

Penn State University was one of a number of institutions which refused Spencer. The decision to prohibit his speech came after the tragic death of Heather Heyer during the “Unite the Right” rally in Charlottesville, VA, which Spencer was involved in. The organizer of the Penn State speech and Richard Spencer claim that potential violence and unpopular opinions are not valid reasons to infringe upon a person’s First Amendment right to free speech.

This contention brings to light a moral and constitutional controversy that has been widely debated for decades. The First Amendment does not give one the right to shut down a speaker. Freedom of speech’s liberality allowed for important advancements in history: the speech of Civil Rights Movement leaders, women’s rights leaders, and LGBTQIA equality advocates are and have been constitutionally protected even in communities and time periods where such opinions were extremely unpopular. Though history shows that certain speech was silenced regardless of constitutional protections, it was well within an advocacy group’s First Amendment right to speak even when its beliefs were so unpopular that it may have incited violence.

In Forsyth County v. Nationalist Movement (1992), the Court ruled that the First Amendment protects “those wishing to express views unpopular with bottle throwers… Speech cannot be financially burdened, any more than it can be punished or banned, simply because it might offend a hostile mob.” Here, the Court was effectively prohibiting what is known as the Heckler’s Veto. The Foundation for Individual Rights in Education (FIRE) defines the Heckler’s Veto as a “form of censorship where a speaker’s event is cancelled due to the actual or potential hostility of ideological opponents”.

FIRE and the American Civil Liberties Union (ACLU) argue that you cannot pick and choose the speech that ought to be silenced through the Heckler’s Veto; therefore, it should not be used. If not for pro-life advocates’ ability to protest in extremely liberal communities, pro-choice advocates would not have the ability to protest in extremely conservative communities. It was for similar reasons that the ACLU decided to defend the KKK’s right to free speech.

Zach Greenberg writes for FIRE, “Rewarding the bottle thrower by punishing the speaker only leads to more bottle throwers- and fewer speakers.” Freedom of speech ensures that differing viewpoints can be discussed in a peaceful way. Because of this constitutional protection, new ideas develop, opposing perspectives are shared, and progress is made. The First Amendment is not something that should be taken for granted.

The decision to cancel Richard Spencer’s Penn State event forced university administrators to question the cost of free speech. Though both the event organizer and Richard Spencer blame so-called “bottle throwers” for the threat of potential violence, Barron relied upon the fighting words exemption. He concluded that the speech was so offensive that immediate breech of the peace was imminent, and he looked to the events in Charlottesville to illustrate his point. This debate characterizes just how precarious the First Amendment can be.

Without freedom of speech, true democracy could not exist. As ACLU Executive Director Anthony D. Romero writes, “The First Amendment cannot be used as a sword or shield to justify or rationalize violence”. Use your constitutionally protected right to support or condemn the government, to peacefully convey your ideas to peers and neighbors, and to protest or to demand justice.

To learn more, check out past editions of our Know Your Rights series: