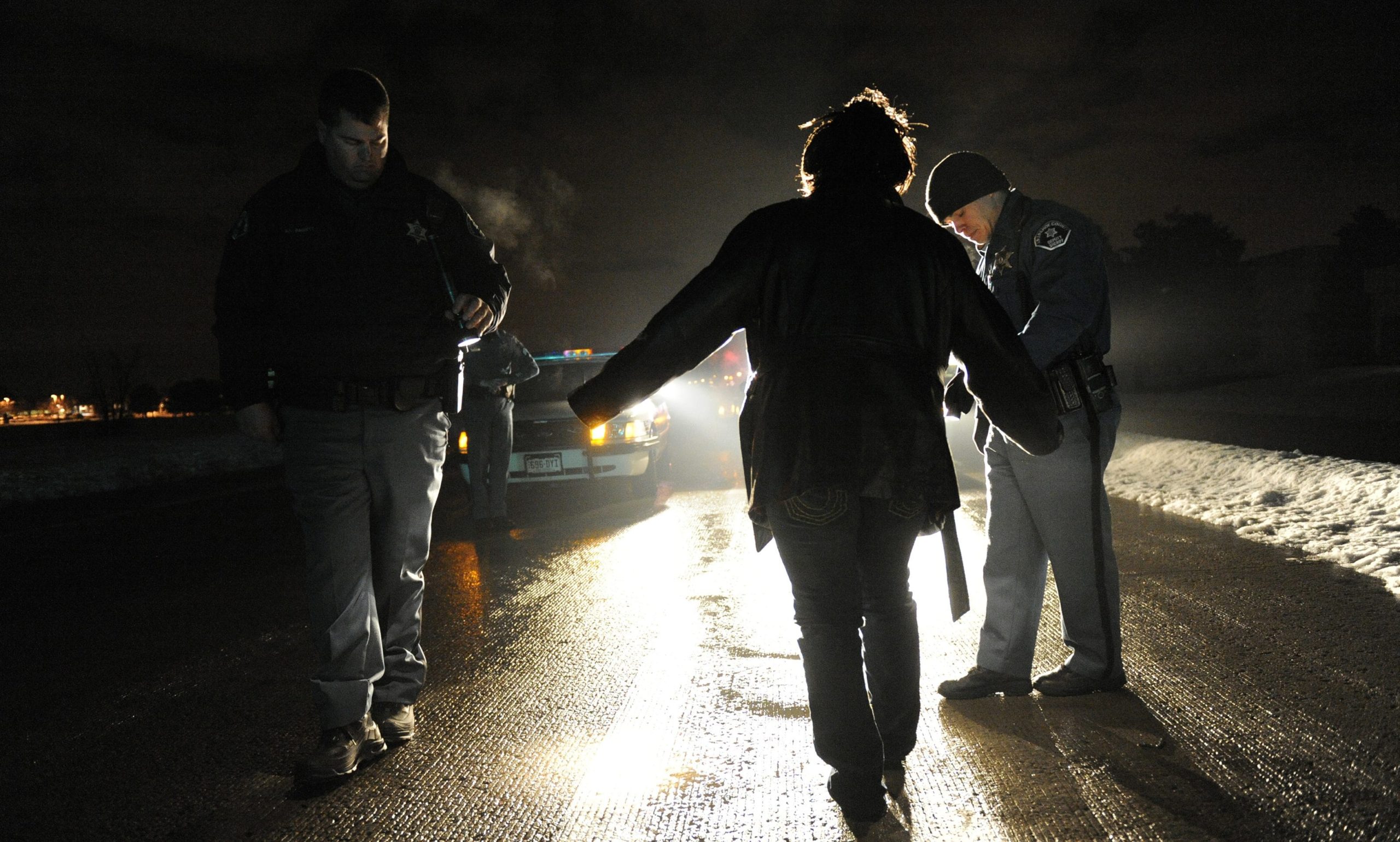 Blood testing for alcohol intoxication is a widely agreed upon practice; most everyone can affirm that a person’s BAC is indicative of the amount of alcohol that person consumed, and its effect on the brain. In our last edition of DUI Talk, we discussed how blood testing for marijuana impairment is a much more contested practice. Heavy regular users may register above the legal limit for days after smoking marijuana while non-regular users can test negative for THC directly after smoking marijuana.

Paul Armentano, Deputy Director of NORML, claims, “Marijuana policy has never been driven by science in this country”. The complications behind blood testing for marijuana impairment support this contention; however, toxicology tests are just one component of DUI testing. There are three categories of evidence that are examined in DUI cases: driving, the physical manifestations of being under the influence, and the blood test. In this edition of DUI Talk, we will discuss the “physical manifestations” category of evidence to determine if the field sobriety tests and visible symptoms of impairment are scientifically backed indicators of being too high to drive.

The physical manifestations of marijuana impairment are dilated pupils, elevated heart rate, elevated blood pressure, eyelid and/or body tremors, lack of convergence (the inability to cross one’s eyes to focus on a stimulus that is moving forward towards one’s face), red glossy eyes, rebound dilation of the eyes (rhythmic constriction and growth of the pupils), odor of marijuana, marijuana debris in mouth, and green coating of the tongue.  Drug Recognition Experts are taught to look for these symptoms in individuals suspected of being under the influence of marijuana.

Furthermore, the mere observation that an individual has “high eyes” does not support an arrest. In Stancavage v. DOT, Bureau of Driver Licensing, 986 A. 2d 895, 899 (Pa. Cmwlth, 2009), the court held that, absent at least one other obvious physical condition, “a showing of glossy eyes alone is insufficient to support the conclusion that an officer had reasonable grounds to believe an individual was intoxicated at any given point in time.”

The three most common SFSTs used in Pennsylvania are the HGN Test, the Walk and Turn, and the One-Leg Stand. According to National Highway Traffic Safety Administration guidelines, the police look for lack of smooth pursuit, nystagmus at maximum deviation, and onset at nystagmus before 45 degrees during the HGN Test (learn more about HGN). During the Walk and Turn, police are looking for inability to maintain balance in the starting position, starting too soon, stepping off the “line”, failure to touch toe to heel, raising arms, improper turning, stopping, and counting the wrong number of steps. During the One-Leg Stand, police are looking for putting a foot down, hopping, swaying, and raising arms. With the Walk and Turn and One-Leg Stand, any two mistakes are considered a failure.

The Modified Romberg Balance Test is also frequently used to assess marijuana impairment. When conducting the SFST, the officer asks the suspect to tilt his or her head back, estimate 30 seconds and then say “stop”. A deviation of five seconds more or less is generally considered normal. During this test, the police are evaluating the individual’s ability to multitask, keep internal time, and balance. While counting, the officer watches the individual to check for eyelid and/or body tremors. Though a normal count will not prove that the person is sober, an incorrect count is considered a failure.

The question is whether or not these tests prove that a person is too high to drive. A common criticism of the application of SFSTs to marijuana impairment is that SFSTs were designed to measure alcohol intoxication. Is it improper to measure the two using the same tests when marijuana impairment manifests itself in a completely different way than alcohol intoxication?

The police officers involved in this study could not agree whether or not they would arrest certain individuals because evaluating an individual’s performance on SFSTs is subjective. The difference between a passing and failing field sobriety test execution is dependent on police discretion. This notion is not troubling when it comes to alcohol DUIs because of the reliability of toxicology testing; however, with marijuana, the basis for arrests is entirely based on the officer’s opinion.

This concern is being voiced in courts around the country. In September 2017, the Superior Court of Massachusetts ruled that field sobriety tests may not be regarded as conclusive evidence that a driver was under the influence of marijuana. The opinion reads, “A police officer may not suggest, however, on direct examination that an individual’s performance on an FST established that the individual was under the influence of marijuana. Likewise, an officer may not testify that a defendant ‘passed’ or ‘failed’ any FST, as this language improperly implies that the FST is a definitive test of marijuana use or impairment.” The officer who conducted the field sobriety test may be called as a witness during trial; however, he or she is called as a non-expert witness. The officer may tell juries how the individual performed, but they may not explicitly say that the person “passed” or “failed”.

Although this decision is exclusively applicable to drivers in Massachusetts, it does reflect a changing perception of the reliability of SFSTs for marijuana impairment. Perhaps Armentano’s contention is becoming less true, and policy is starting to be scientifically driven.

Frankly, as the policy stands in the state of Pennsylvania, it is risky to drive as a regular marijuana user. Because of that, marijuana users must be extremely cautious. Never drive while under the influence of marijuana; not only are you giving officers more probable cause for your arrest, you pose a threat to yourself and other motorists. Do not carry marijuana or paraphernalia with you in your vehicle. Do not consent to a search of your car. Do not allow your passengers to smoke marijuana in your vehicle.

If you or a loved one has been arrested for driving under the influence of alcohol or marijuana, call our attorneys at Rehmeyer & Allatt for a free consultation: 814-343-9860.

Learn more about DUIs with our DUI Talk series: