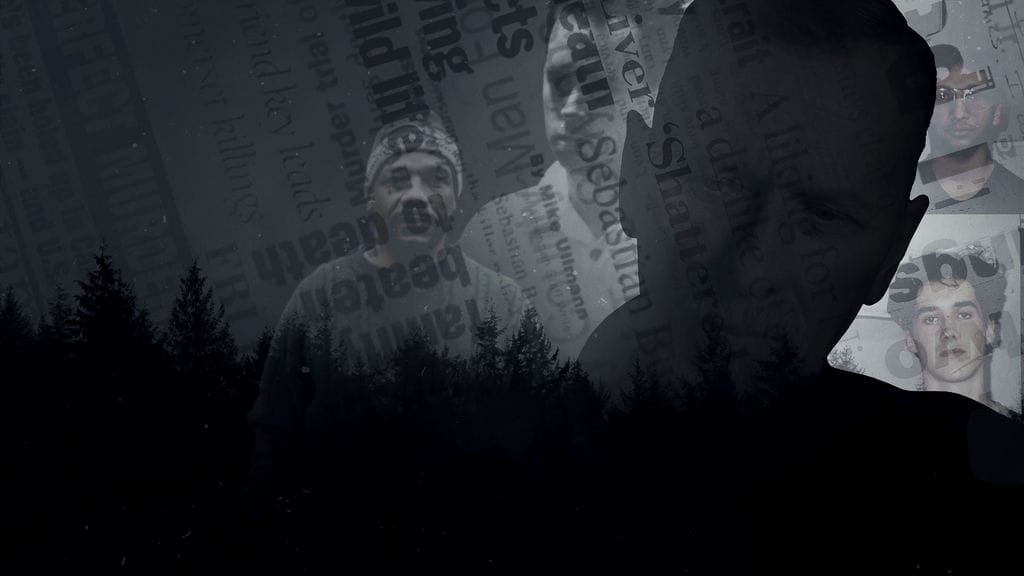 In episode 5 of Netflix’s The Confession Tapes, we are reminded of the 1984 murder of 49-year-old D.C. wife and mother, Catherine Fuller. Fuller’s body was sodomized with a foreign object, and her body was found viciously beaten. The murder, as one medical examiner describes, was “hideous”. The neighborhood and city were shaken by the violent and random nature of the crime; the people and the police wanted immediate answers.

Enter the anonymous phone tip: an unknown source called into the police station and informed officers that a “gang” who called themselves the 8th and H Crew were known to hang around the alley where Fuller’s body was found. After this phone call, the police ceased investigating anyone else who may be involved in the murder and, instead, rounded up all of the young men associated with the Crew.

Clifton Yarborough, a 16-year-old special education high school student, was among was one the first teenagers arrested. Cliff was identified by police as one of the weakest; he was young and had an extremely low IQ. Police questioned Cliff for hours without a parent or attorney present. Five hours after his arrest, the police began recording the interrogation and, ultimately, the confession.

In total, three teenagers confessed to involvement in Fuller’s murder. Because of these confessions, seventeen boys from the neighborhood were charged with murder. The account by those that “flipped” were problematic- the teenagers often got vital facts wrong, shared inconsistent stories, and changed integral details based on police reaction.

There were few relevant witnesses and virtually no physical evidence; those testimonies were the only substantial pieces of evidence presented to the jury. Some of the men are still in prison, others are out on parole. This year, the Supreme Court denied any relief to those accused of Fuller’s murder, so prison and parole are where these men are likely to remain.

During the sentencing hearing, Cliff told the court, “I was afraid, and that is why I said … some statements that someone else made and then asked for me to say it, and I just said it because I thought it would get me out”. This contention is not uncommon: people, specifically juveniles and those with mental disabilities, often admit to crimes they did not commit when subjected to coercive and deceptive interrogation strategies.

Those featured throughout The Confession Tapes series are normally interviewed from a jail cell. They generally mention that they assumed that their innocence would result in a non-guilty verdict, despite their false confession. Often the episodes’ subjects have exhausted their appeals and face decades, even lifetimes, of imprisonment for crimes they maintain that they did not commit.

The interrogation process is a difficult one to endure. Suspects are isolated from friends and family, and repeatedly informed that police officers know that they are guilty. Interrogators will minimize the crime- they tell suspects that the crime they committed was understandable or unavoidable. Police reject any claim of innocence or possible alibi presented by the suspect. Interrogation subjects are promised that they can leave and see their families if they just admit to the crime. The purpose of American police interrogations is to elicit a confession; these tactics create an environment where it becomes less stressful for a suspect to admit to a crime that they did not commit than to continue to deny involvement.

According to the Innocence Project, one out of every four people who were wrongfully convicted then later exonerated by DNA evidence falsely confessed or made incriminating statements. This staggering statistic is credited to ignorance of the law, duress, coercion, threat of a harsher sentence, and misunderstanding the situation.

How to Avoid Becoming a Statistic

It is easy to watch The Confession Tapes or to hear stories like the Central Park Five and think that you could never find yourself in that situation, but it is possible. It is important to educate yourself and your loved ones before the interrogation begins.

The video clip above shows Nga Truong confessing to smothering her son, a crime that she did not commit. She went to speak to the police after the death of her thirteen month old baby- she did not think that she was being interviewed as a suspect of a crime. Hours later, Nga found herself telling police, “I smothered Khyle”.

Nga Truong and Cliff Yarborough’s stories serve as examples- even if you do not think that you are being questioned in suspicion of a crime, do not waive your Miranda rights and ask for an attorney! Do not speak until your attorney is present. Do not assume that police have your best interests in mind- their goal is to solve a crime, not to preserve your innocence.

In many states, police officers are not required to inform a child’s parents or guardians that he or she is being taken in for questioning. This may mean that the child could be subjected to hours of interrogation alone, without parental guidance or legal counsel.

Children are often taught from a young age to respect and obey law enforcement officials; therefore, they are more susceptible to the deceptive and coercive tactics used by police officers. Juveniles and people with mental disabilities are far more likely to confess than adults without mental disabilities.

If you have a child or person with mental disabilities in your life, inform him or her to always ask for a guardian or attorney to be present when speaking with law enforcement officials. Many children and people with mental disabilities are not fully aware of their constitutionally protected rights meaning that they do not have the confidence to assert those rights when necessary. Give them the education they need to avoid being in a situation where they may falsely confess.

If you or a loved one needs counsel during an interrogation, or have been through the interrogation process and need representation, please call the attorneys at Rehmeyer & Allatt: 814-343-9860. Being a part of a criminal investigation is extremely stressful, know that you do not have to do it alone.