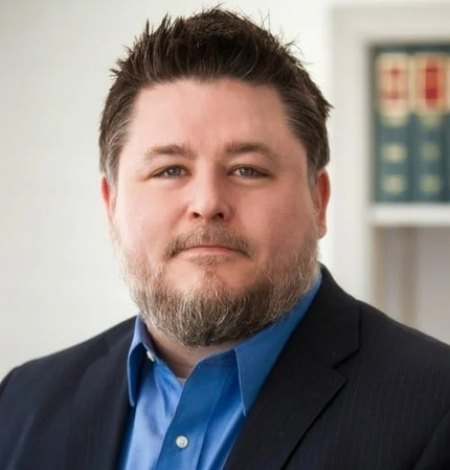 Julian Allatt is a founding partner at the law firm of Rehmeyer & Allatt. Prior to starting Rehmeyer & Allatt, Julian practiced criminal defense in Boston, Massachusetts, before relocating to State College, Pennsylvania. Julian has represented clients throughout the Commonwealth of Pennsylvania before the U.S. District Courts, the Courts of Common Pleas, the Pennsylvania Superior Court and the Supreme Court of Pennsylvania. He is often retained to represent clients during all stages of the criminal process, from investigation into alleged criminal matters, to trial, appeal and post-conviction relief.

Julian’s wide range of experience ranges from representing clients charged with minor summary offenses, DUI and minor drug possession cases, to violent felonies including armed robbery, burglary, aggravated assault, murder and related offenses. Additionally, Julian has extensive experience representing clients charged with the possession and distribution of controlled substances in prosecutions commenced by county district attorney’s offices as well as the Attorney General of Pennsylvania. Notable successes include the suppression of 30g of cocaine and a firearm following an unconstitutional search of a client’s home, representation of an individual during the investigation into a homicide which resulted in no charges being filed against the client, numerous acquittals at trial, and countless favorable plea negotiations which have resulted in clients who were charged with violent felonies avoiding jail time altogether. Julian is a highly experienced and respected courtroom advocate who prides himself in his ability to provide his clients with skilled, aggressive and ethical advocacy. Julian also has extensive experience representing individuals in cases involving dependency actions with the Department of Children and Youth.

Julian lives in State College where he enjoys spending time with his family. Prior to graduating from Suffolk University Law School in Boston, Massachusetts, Julian attended the prestigious Berklee College of Music where he studied guitar and music business/management.