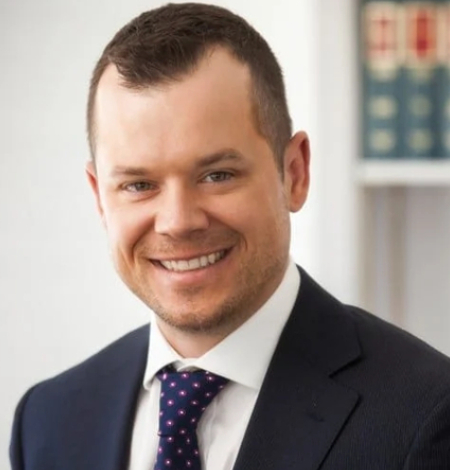 Andrew Rehmeyer is a partner and founding member at the law firm of Rehmeyer & Allatt. From 2013 to 2016, Andrew has been recognized as a Pennsylvania Super Lawyers Rising Star.

Andrew’s practice is focused on holding individuals and companies accountable when they choose to injure innocent victims. He specializes in representing victims of car crashes, tractor trailer crashes and dangerous premise cases. As a trial lawyer, Andrew has represented clients in a variety of state and federal courts and counties across Pennsylvania, including the Superior Court of Pennsylvania and the Third U.S. Circuit Court of Appeals. Andrew Rehmeyer has obtained favorable verdicts on behalf of his clients including a multimillion-dollar lawsuit involving a wrongful death action, complex insurance bad faith matters, breach of contract disputes, property damage claims, personal injury claims and excessive force and police misconduct cases. In addition to his work as a litigator, Andrew Rehmeyer has also been a guest lecturer at Penn State University and has given numerous seminars across the country on complex insurance matters. Andrew also volunteers his time as general counsel for Centre County PAWS.